Students from 3 Portuguese higher education institutions were challenged to speed design a business idea using a single existing ESA patent. These challenges were offered in the context of a set of workshops titled “From Space down to Earth in 120 minutes. Are you ready?”, and “3, 2, 1, Ignition! Liftoff to space business”, both organised by the ESA Space Solutions PT team (ESAPT), based at Instituto Pedro Nunes in Coimbra. These workshops aim to introduce university students to the development of business applications based on an existing space technology. The breadth and originality of business ideas was truly astounding, targeting areas as diverse as tourism analytics, mitigation of illegal trafficking and monitoring of coral-reef bleaching.

The ESA technology patent presented to the students, “Commercial aviation platform for Earth observation applications”, consists of using cubesat-type sensor payloads piggy-backed onto commercial airplanes. Useful detector packages could be made to weigh a few kilograms, less than the typical traveler’s suitcase. Tens of thousands of commercial aircraft fly over continents and oceans daily. The number and frequency of flights would offer hugely improved revisit time of many locations on Earth. Furthermore, commercial airplanes fly 100 to 300 times closer to the Earth’s surface, which translates into correspondingly higher spatial resolution data. Optical and infrared detectors, as well as radar or telecommunications devices were suggested as possible payload to be attached to the airplanes. The former (optical & IR cameras) were the most popular among students’ ideas, given their more intuitive nature. This patent was actually adopted in 2016 by the Dutch ESA BIC startup SkyfloX.

Nearly 100 students across all three events proposed business solutions that demonstrate clearly the societal concerns of the younger generations. Several ideas focused on the environment, e.g. the measurement of the extent of coral reef bleaching, monitoring of plastic agglomerations in the ocean, and AI tracking of migratory patterns of different animal species, including humans. A related leisure solution, named Thermotur, used infrared monitoring of tourist attractions providing quasi-real-time information of the best times to visit. Connectivity of remote locations was also targeted: Starway was an idea which aimed to supply high speed internet to isolated but flown-over locations, whereas DroneChain hoped to improve drone delivery of goods. Inspired by the current geopolitical situation, another team chose to monitor the flow of refugees from current war zones.

The first of the 3 workshops was on 9 March at the IPN base in Coimbra, and was attended by members of Stratospolca, a student-led project consisting of a gamma radiation detector aboard a stratospheric balloon, and of Fenix Rocket, another student-led team developing a rocket to compete at EuRoC, the European Rocket Challenge. Fenix Rocket combines students from UBI – University of Beira Interior and University of Coimbra, whereas Stratospolca is entirely at Coimbra University. The second was hosted by the Technology and Management School of the Polytechnic Institute of Viseu, during the 4th edition of their Employment and Entrepreneurship Fair. The third and final workshop was in Lisbon, at the Aerospace Week event organised by Aerotéc, the Aerospace Engineering Student Association at Instituto Superior Técnico (IST); in addition to the workshop, this yearly event includes lectures, a career fair, and roundtables.

Image 1: Pedro Lacerda, astrophysicist and technology broker at IPN, presenting the space technology via Zoom during the workshop at IPN. 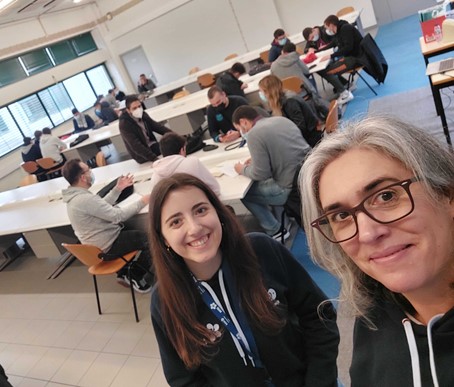 Image 2: Carla Duarte and Daniela Pinheiro, the facilitators of the workshop at the Polytechnic Institute of Viseu

At each of these events, guided by the ESA Space Solutions Portugal team, the students were split into teams and introduced to the process of business development, conveniently broken into steps of problem identification, solution design, analysis of value-proposition, competitive advantages, target market and preparation of a roadmap and pitch presentation. Towards the end, each team delivered their pitch to the rest, and the event ended with an investment round simulation where teams backed their favourite solutions. The team receiving the most investment received a small token award for their achievement.

Pedro Lacerda, astrophysicist and technology broker at ESA Space Solutions Portugal and one of the facilitators of these events, remarked “As rewarding as it was to see the creativity with which the students tried to address their concerns, it remains crucial to inform the younger generations, especially those that are qualified, of the availability and potential of existing space technology, along with funding incentives like the ESA BIC Portugal incubation programme. The effort and public investment in European space infrastructure is clearly paying off, and the earlier the next generations are introduced to it and exposed to the possibilities, the better.”

Jorge Pimenta, coordinator of ESA Space Solutions Portugal, highlights the importance of organizing this kind of events: “Student’s curiosity is the fuel for innovation. The workshop methodology allows them to understand the importance of validating all business assumptions. I strongly believe that by combining their technical know-how with decision-making exercises, we are enhancing their skills and allowing them to explore existing space technologies with creativity and a meaningful outcome”.

ESA and Audacia sign an agreement with the Expansion investment fund

How Space Supports the Digitalisation of Hospitals and Related Services